AN ORIGINAL CREATION FOR THE FESTIVAL’S 10TH ANNIVERSARY

We remain determined and optimistic here at WE LOVE GREEN. The whole team is already busy working away on the 2021 festival edition – which will also be our 10th anniversary. Since this summer, we’ve been chatting to around 40 or so of the acts who were scheduled to play in 2020, and they’ve already confirmed they’ll be playing 2021 !

Gorillaz will be opening the festival on Thursday 3 June for an exclusive one-off show. They have chosen We Love Green for their first French date.

Especially for the occasion, Damon Albarn and his sidekicks will call on their friends and numerous superstar guests from their latest album, to create what will be a sort of mini festival within the festival. Expect memorable classics, one-off collaborations and a new technologically spectacular show which promises to be out of this world. Known for their green stance, there’ll also be a whole host of events, conferences and debates during the festival… Gorillaz at We Love Green : expect avant-garde sounds, powerful imagery and big ideas (final line-up and format soon to be announced).

But we also have lots of other exciting surprises and special projects that we’ll share with you very soon. Lots of acts from around the musical world have picked #WELOVEGREEN as their festival of choice for 2021! 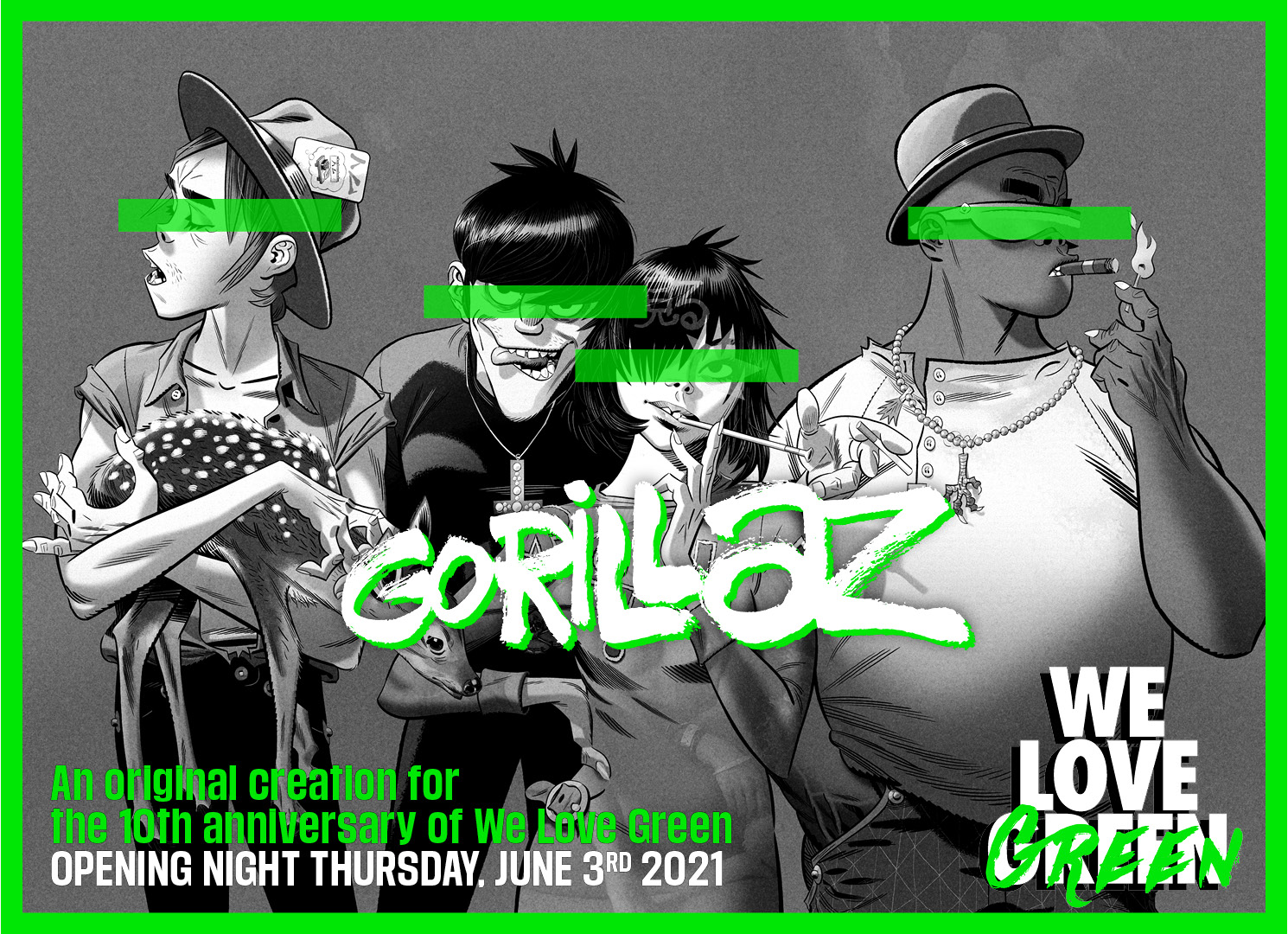 Once again, Gorillaz shift the paradigm and break with convention with their new concept album Song Machine. As one of the most inventive groups of our generation, Gorillaz invites the crème de la crème of the music scene to collaborate on their seventh studio album and a surprising new dimension to tracks with contrasting influences. The result? A vast collection of 17 songs that straddle a myriad of sounds, styles, genres and attitudes from a staggering array of guest artists, such as: Beck, Elton John, Fatoumata Diawara, Georgia, Kano, Leee John, Octavian, Peter Hook, Robert Smith, Roxani Arias, ScHoolboy Q, Slaves, Slowthai, St Vincent, 6LACK, as well as CHAI, EARTHGANG, Goldlink, Joan As Police Woman, JPEGMAFIA, Moonchild Sanelly, Unknown Mortal Orchestra, Skepta and of course Tony Allen. 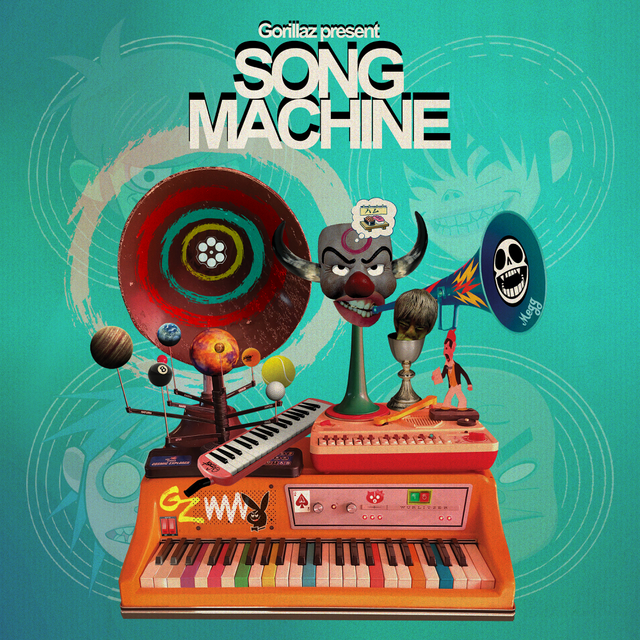 “We invented modern pop music” – As they get ready to release their seventh studio album Song Machine, Season One: Strange Timez, meet the two masterminds behind Gorillaz in the latest issue of Les Inrockuptibles magazine, available now in newsstands or read online here. 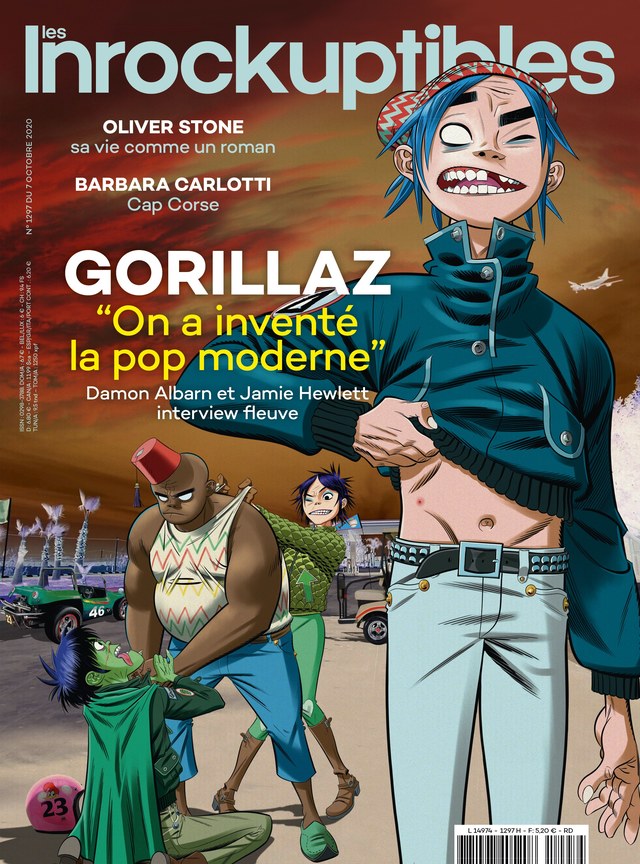